Which is the best Android Phones Under 200 dollar in 2020 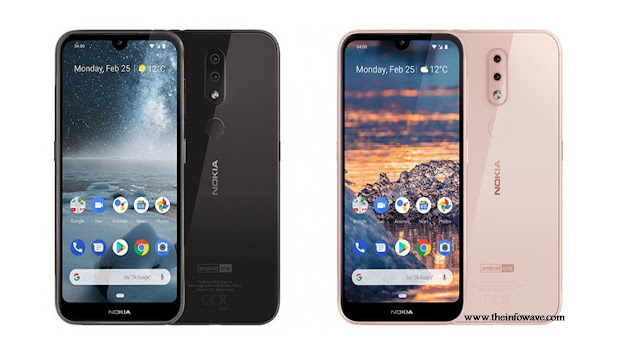 If you need a new Android phone and only have around $200 to spend, our top recommendation has to go to the Nokia 4.2. Nokia has been dominating the low-end and mid-range markets over the last couple of years, and the 4.2 represents the best overall value you can get in this price range.
Taking a look at the Nokia 4.2, it’s rather admirable how many features Nokia was able to cram into such an affordable device. It has dual 13-megapixel and 2-megapixel rear cameras that take pretty good photos, a dedicated button for bringing up the Google Assistant, and a MicroSD slot for expanding the 32GB of internal storage up to 400GB.
Another big win for the Nokia 4.2 is its software experience. The phone is powered by Android One, and this results in a few huge benefits. For starters, the overall user interface is wonderfully clean and easy to navigate. It’s a similar experience to what you’d find on Google’s Pixel phones and isn’t bogged down with unnecessary gimmicks everywhere you look. The Nokia 4.2 is a force to be reckoned with in the $200 smartphone space, but if it isn’t grabbing your attention, another option worth considering is the Samsung Galaxy A10e. Depending on where your needs lie, this could be a better choice compared to the 4.2.
Right off the bat, the Galaxy A10e has a more impressive display. It’s bigger, goes edge-to-edge with the left and right frame of the phone, and has a much smaller bottom bezel. If you do a lot of media consumption, the A10e will make your movies and games stand out a bit more.
Something else we especially like about this phone is the fact that it works on all major U.S. carriers — including AT&T, Sprint, T-Mobile, and Verizon. Compared to the Nokia 4.2, which only works with GSM networks like AT&T and T-Mobile, the A10e the defacto choice if you rely on Sprint or Verizon.
Other highlights of the Galaxy A10e include expandable storage up to 512GB, Samsung’s snappy Exynos 7884B processor, and a 3,000 mAh battery. It’s not perfect, namely with the small 2GB of RAM, single rear camera, and Samsung’s inconsistent track record for software updates, but as an alternative to the Nokia 4.2, it’s compelling. 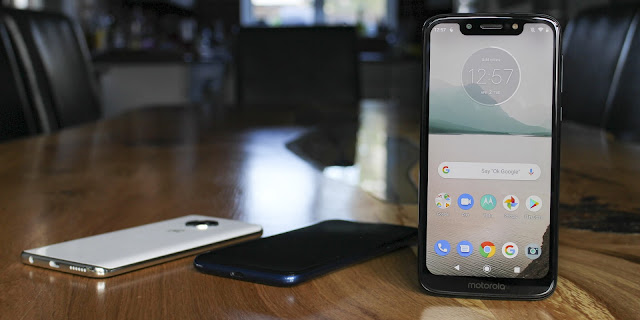 Motorola’s Moto G-series has long been one of the most popular for budget Android phones, and right now, the best one from the company that’s under $200 is the Moto G7 Play. Yes, it has a much more significant notch compared to the 4.2 and A10e, but there’s a lot on offer here that makes the G7 Play interesting.
With every phone Motorola releases, one of the strong suits is the software experience. With the G7 Play, that’s no different. Along with a clean and snappy interface, you also get Motorola’s suite of software add-ons. This includes Moto Display (an excellent always-on-display feature) and Moto Actions — allowing you to move the phone in a chopping gesture to turn on the flashlight and twist it to open the camera. In day-to-day use, these are a lot of fun and genuinely useful.
Motorola also worked with Amazon to deeply integrate Alexa into the G7 Play, allowing you to press and hold the power button to access the virtual assistant at any time. If you prefer Alexa over Google Assistant, this makes the G7 Play a better fit than something like the Nokia 4.2.
We also love that the phone has expandable storage up to 512GB, uses a USB-C port to charge, and works on all major U.S. carriers. Motorola does have a history for not pushing out software updates promptly to its phones (if at all), so keep that in mind before handing over your cash. 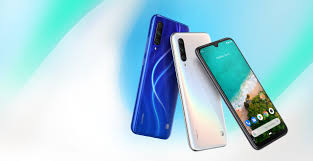 Xiaomi Mi A3 is the first international phone on our list, and when buying an international phone, there are some things to keep in mind. You don’t get a warranty with your purchase since it’s not officially sold in the U.S., and when used on T-Mobile or AT&T, some missing LTE bands mean you may not have as great of a signal in large buildings or rural areas. Those two caveats aside, though, the Mi A3 is a compelling phone.
One of the big draws to the Mi A3 is its camera package. You get a total of three cameras, including a 48-megapixel primary lens, an 8-megapixel ultra-wide lens, and a 2-megapixel depth sensor for portrait shots. Low-light photos don’t have as much detail as we would like, but pictures taken with ample lighting look fantastic. The ultra-wide camera is also a lot of fun to use, and Xiaomi incorporates AI to help your images look as good as possible every single time. For the price, this is a pretty impressive offering.
Elsewhere, the Mi A3 also shines thanks to its gorgeous design, long-lasting battery, and clean Android one software. There’s even a 3.5mm headphone jack if you’re still into those!

So long as you aren’t bothered by the international quirks and the frustratingly bad in-screen fingerprint sensor, the Xiaomi Mi A3 is a solid handset. 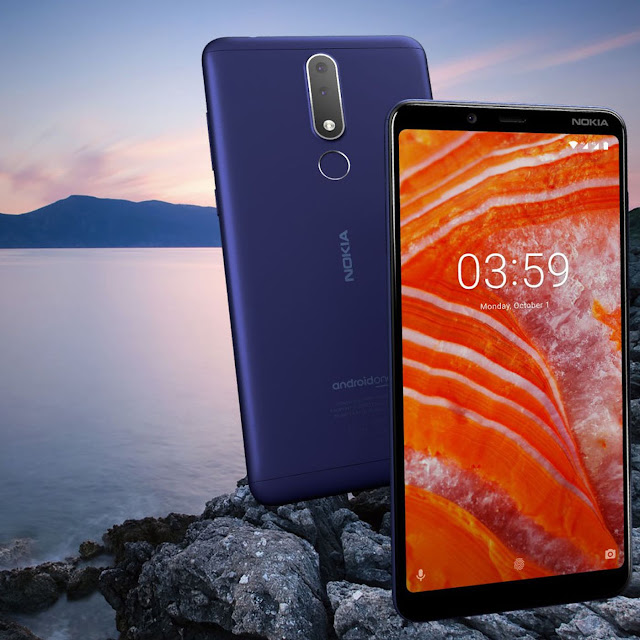 Previously offered as an exclusive for Cricket Wireless customers, you can now buy the Nokia 3.1 Plus unlocked and use it on any GSM wireless provider  such as AT&T, T-Mobile, etc.
One of the things we love most about the 3.1 Plus is its incredible industrial design. The phone is made out of soft-touch polycarbonate, giving it a pleasant in-hand feel without sacrificing durability. There’s also a nice amount of heft to the phone, which keeps it from feeling as cheap as the price tag might lead you to believe.

The 3,500 mAh battery, paired with an HD+ resolution, allows you to get up to two days of battery on one charge. There’s also an NFC chip that allows for Google Pay, a trusty fingerprint sensor, expandable storage up to 256GB, and guaranteed software updates thanks to the Android One program. Performance isn’t the best, and the mono speaker positioned on the back is a letdown, but overall, the Nokia 3.1 Plus is a strong contender in this price bracket. 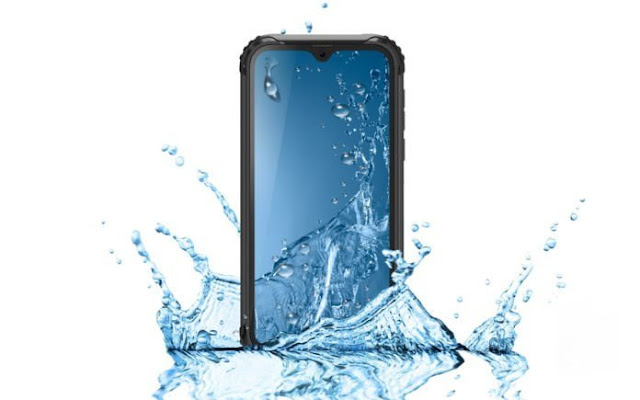 The design of the BV5900 makes its ruggedness unmistakable, and it has durability ratings to back it up. Not only is there an IP68 dust/water resistance rating, but you also get a MIL-STD-810G certification. This means the BV5900 has been tested to survive drops of up to five feet.
Moving beyond its design, there are plenty of other highlights for the BV5900. It has a massive 5,580 mAh battery, USB-C charging, NFC for contactless Google Pay payments, and a fingerprint sensor on its side. There’s also 3GB of RAM and 32GB of storage that can be expanded up to 128GB.


Black view’s design of the BV5900 certainly isn’t for everyone, but if you’re someone that knows you’d benefit from a ruggedized handset like this, it’s certainly worth a good, hard look. 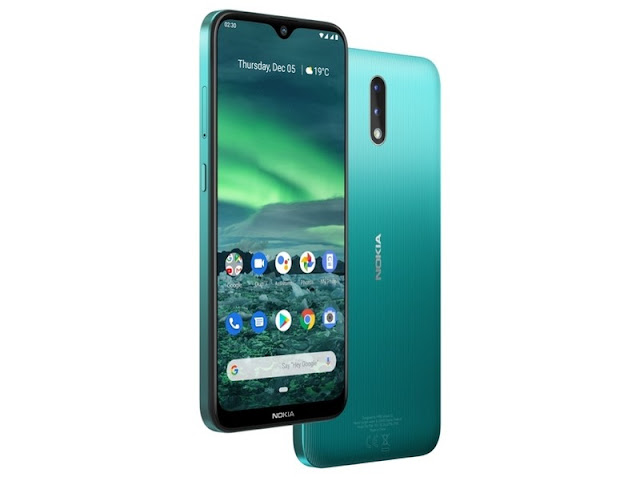 None of the phones on this list are considered to be expensive, but if you’re trying to spend the least amount of money possible, the Nokia 2.3 is for you. You do make some sacrifices for reaching such a low price point, but at the end of the day, it’s definitely worth considering.
The Nokia 2.3 is equipped with a 6.2-inch display, making it a bit larger than its 4.2 cousin. You’re getting an HD+ resolution of 720 x 1520, a MediaTek processor, 2GB of RAM, and 32GB of expandable storage (up to 512GB). The Micro-USB charging port is annoying, but you shouldn’t have to mess with it too much thanks to the generous 4,000 mAh battery.
Just like the 4.2, the Nokia 2.3 is powered by Android One. Once again, this means a clean software interface and years of guaranteed updates. Software updates will keep rolling in through January 2022 with security patches not stopping until January 2023. Nokia also says that the phone is “Android 10 ready,” meaning an update for the new software should be available soon.

Not having a fingerprint sensor is lame, as is the lack of NFC for Google Pay. However, you do still get a dedicated Google Assistant button for quickly summoning the digital helper whenever you need it. 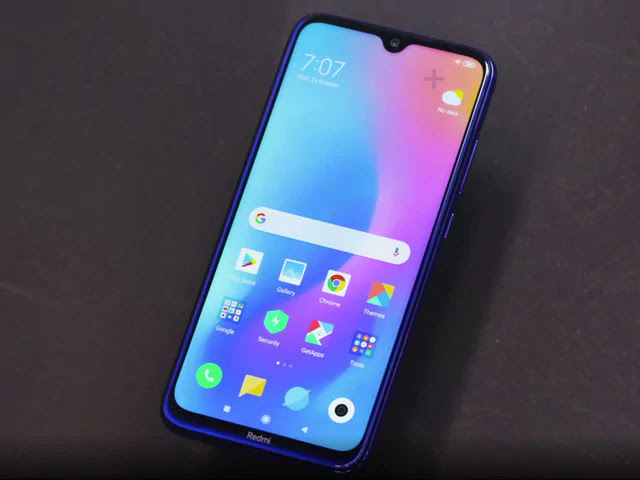 The Redmi Note 8 is a darn-impressive phone. It has an incredible glass/metal design, with the Neptune Blue color being downright mesmerizing. You also get a large 6.3-inch display with a crisp Full HD+ resolution, not to mention the fast rear fingerprint sensor and four rear cameras.
Under the hood, the Note 7 comes equipped with the Snapdragon 665 processor, 4GB of RAM, 64GB of expandable storage, and a huge 4,000 mAh battery. We’re also fans of the 18W fast charging via USB-C, 3.5mm headphone jack, and IR controller on the top frame of the phone.

Xiaomi’s custom MIUI software can feel rather bogged down at times, but in just about every regard, this is an astonishingly good phone.